Put Down the Salt!

Salt is a chemical compound made up of sodium and chloride. It is commonly used to preserve and flavour foods, and is the main source of sodium in our diet. A small amount of salt is important for good health – it helps to maintain the correct volume of circulating blood and tissue fluids in the body. However, most people consume much more sodium than they need for good health.

Research suggests that if we want to be healthy, then we should eat less salt. The sodium component of salt can raise blood pressure which is one of the biggest contributors to stroke and heart disease. It is estimated that every 10 minutes an Australian has a stroke, making it the largest cause of disability and death in Australia.

Complications of a high salt diet:

What are the recommendations?

The average Australian consumes around eight or nine times more sodium than they need for good health!

The majority of our salt intake comes from highly processed foods. These are foods such as: bread, cheese, biscuits, pre made stocks, bottled sauces and packet seasonings. On top of this some people also add extra salt from the salt shaker while cooking or/and at the table.

A plain bread roll may give you as much as a quarter of your recommended daily salt intake (and you haven’t even touched the salt shaker!). A good guide to follow when buying packaged foods, is to always look at the nutrition information panel.

Recent studies have shown that by cutting out just 3 grams of salt from our diet per day would prevent up to 6000 deaths per year in Australia.

Some suggestions for reducing the amount of salt in our diet include:

Don’t be fooled by gourmet salts

These are the salts which claim to be ‘natural’, ‘contain minerals’, or offer a ‘tastier and healthier alternative to table salt. These claims can be misleading because like table salt, rock salt and sea salt are 100% sodium chloride, so will have the same effect on your health. It’s also important to keep in mind that no salt is a good source of essential minerals. You are able to get all the vitamins and minerals you need from a balanced diet.

– Bread: salt is integral for the rising process in bread making

– Ham, salami and deli meat: Even those labeled as ‘reduced salt’ can be high

– Canned soups: Make sure you read the label!

– Breakfast cereals: Again it is important to read the label, even if it doesn’t taste salty

– Stir fry sauces: Soy, fish or oyster sauce can have up to one teaspoon of salt per tablespoon. Try and choose a reduced salt variety Alexander is an Accredited Practicing Dietitian having completed a Bachelor of Nutrition and Dietetics, and a member of the Dietitian Association Australia (APD) 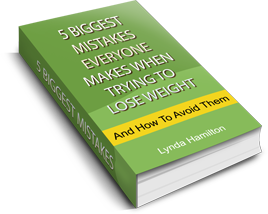